Actress Ireti Doyle Apologizes To A Fan Over 2012 Encounter

Nigerian actress, Ireti Doyle, has written an apology to a fan who shared her mean encounter with the popular movie star.
According to the displeased fan, Ireti Doyle is the meanest celebrity she has ever met and went on to recount her encounter with her which happened in 2012/2013.

“Ireti Doyle. This was in 2012/2013. She was at icm cinemas with her little daughter (I think), I took a few steps backwards and was about to turn then I almost bumped into her girl. Before I even realized it was them I quickly apologized and was trying to be sure the girl was okay. If you see the way this lady looked at me even while I was still apologizing, the way she does her mouth in movies when she’s disgusted, was exactly how she did it. It was like “step away from us you vile peasant” look. I felt bad I won’t lie, since then I don’t like her at all,” the fan wrote.

The actress simply replied, “I apologise.” 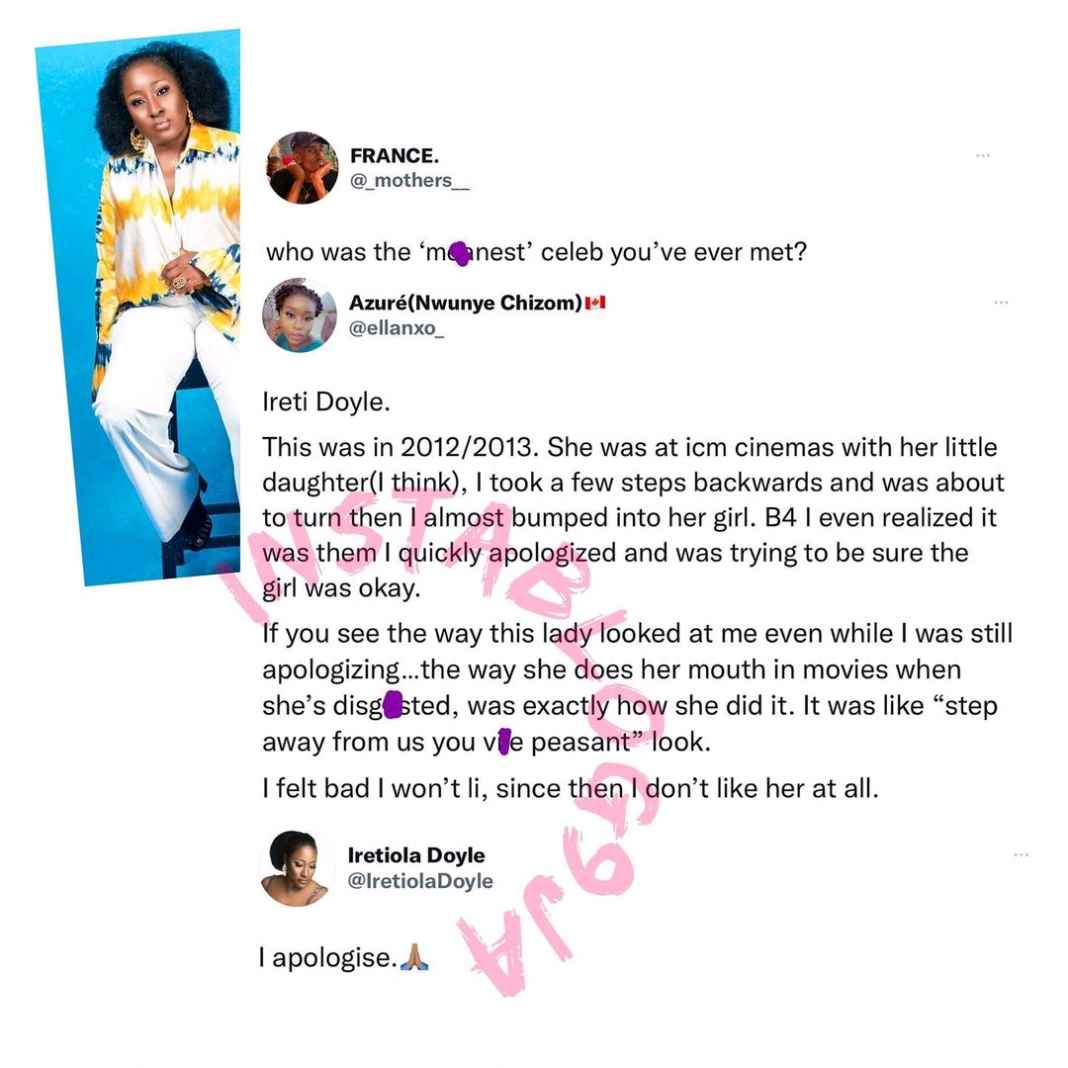 Photos: See 3 Nigerian Artistes Who Later Went Solo After Started With A Group

SAD: ECWA Pastor Killed By Bandits Laid To Rest In Kaduna While Wife Still In Captivity