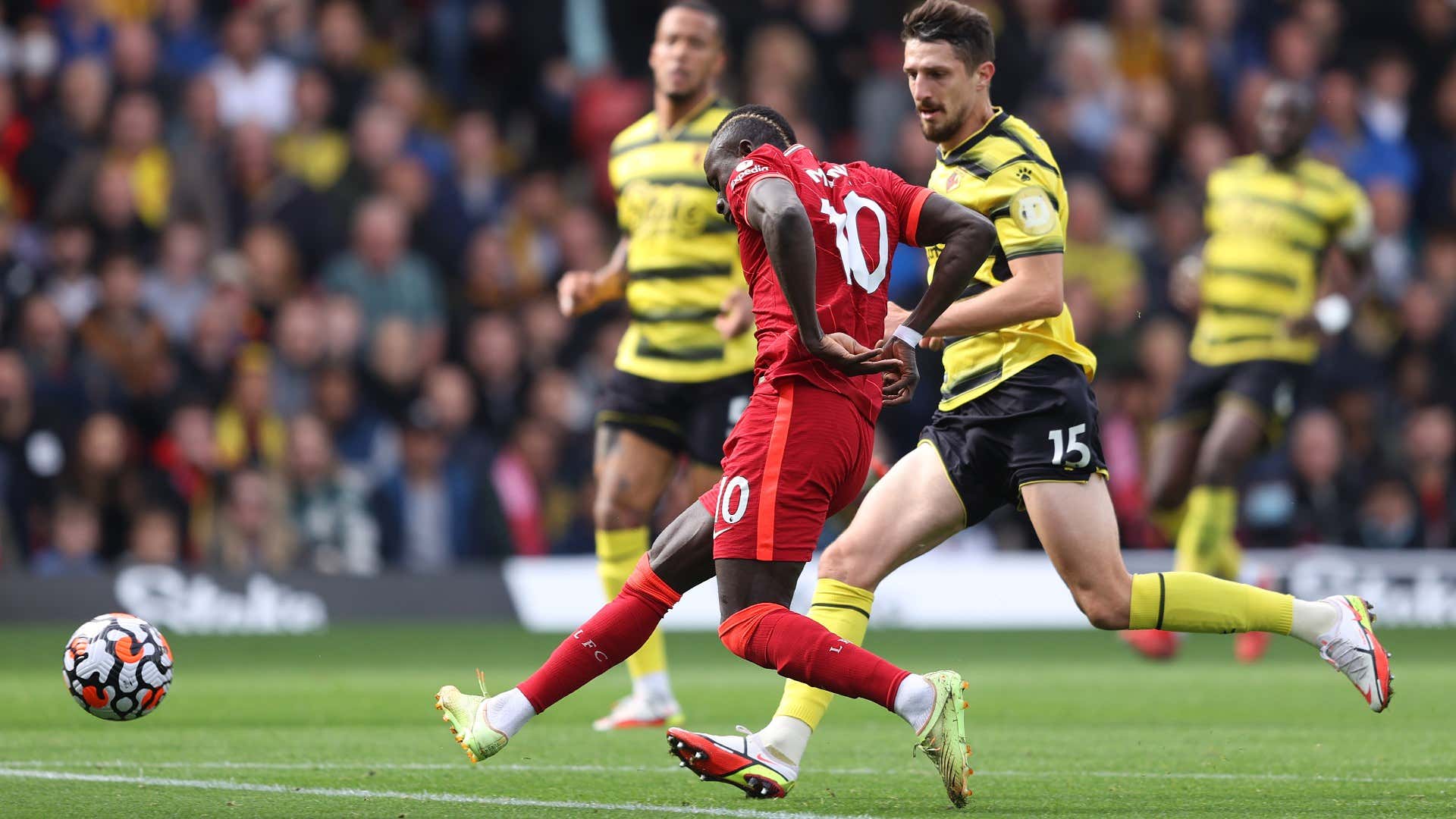 Sadio Mane has scored his 100th Premier League goal to give Liverpool a 1-0 lead over Watford in Saturday’s fixture.

The 29-year-old got the visitors off to a flying start at Vicarage Road after finishing off a pass from Mohamed Salah in the 29th minute.

Mane has played every minute of the Reds’ league games this season and he has now scored four goals in eight appearances so far.

He made his Premier League debut at Southampton in September 2014 and he grown to become one of the best African goalscorers in England.

The Senegal international remains the third-highest scoring African star in the Premier League history with 100 goals in 237 appearances.

He is behind Ivory Coast’s Didier Drogba who scored 104 goals during his stint at Chelsea and Egyptian teammate Salah who has 103 goals to his name.