Nollywood actress Tonto Dikeh has reacted after her ex-boyfriend, and Delta State politician Prince Kpokpogri denied being arrested.
Prince Kpokpogri was arrested on Monday night and released from police custody on Tuesday evening, a piece of news he has debunked.

Tonto Dikeh’s ex-lover during an Instagram live session said he was never arrested and has been at his mansion since yesterday.

According to Prince Kpokpogri, he has been seen all that is happening online but decided not to react but respect the Muslim celebration.

Reacting to this, Tonto Dikeh, in a post shared on her Instagram story, shaded the heck out of Prince, stating he always bragged about being untouchable, but a woman has touched him.

Tonto Dikeh also dragged Prince Kpokpogri, stating he lies too much, adding he was arrested and released.

She wrote: I am untouchable but woman touch you, you lie too much, arrested and released.

According to the actress, her love comes from the heart, which automatically makes betrayal a very difficult reason to accept defeat. Hence, she takes it extremely personal when those who she has shown love in the past betray her trust. 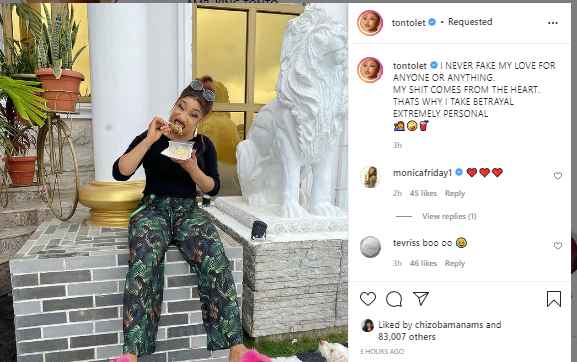 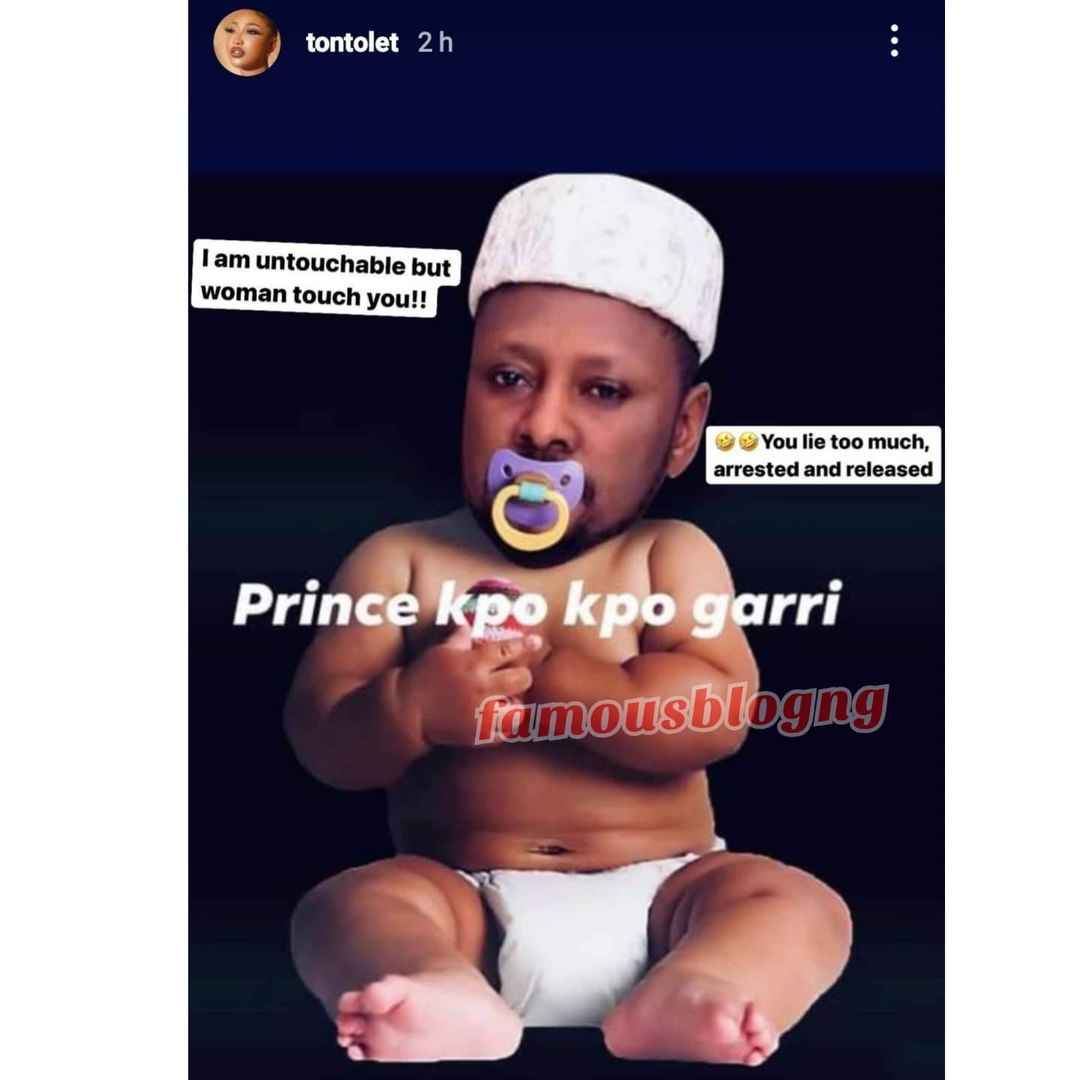 I have been reporting for several years now and I am very interested in visual news reportage with strong inclusion of photos and video multimedia.

Photos: See 3 Nigerian Artistes Who Later Went Solo After Started With A Group

SAD: ECWA Pastor Killed By Bandits Laid To Rest In Kaduna While Wife Still In Captivity