One Miracle Ogochukwu Chiagoziem, a 300-level student of Federal University of Technology Owerri (FUTO) has been arrested by the police for reportedly pouring hot water on her colleague, Wisdom Uchenna Chukwuemeka, a 400 level student of the Geology department.

According to reports, Miracle who lives in the same hostel as Wisdom had knocked on his door to ask for toothpaste, and when he didn’t answer the door, she caused a scene at the door before leaving for her room. 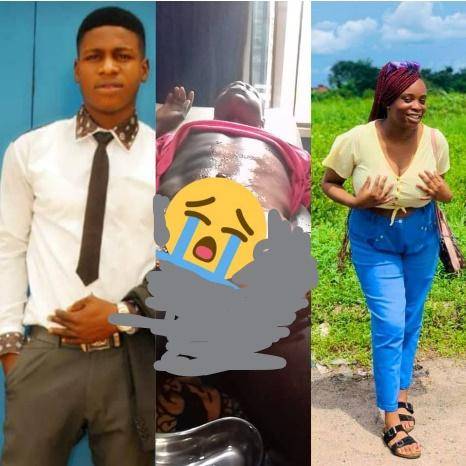 Afterward, Wisdom was said to have confronted Miracle over her behavior which eventually led to a heated argument that became violent. She was said to have emptied a pot of hot water on Wisdom and another lady that had stepped in to intervene.

According to an eyewitness, the water was targeted at Wisdom’s private part and his genitals were completely peeled off.

NECO SSCE 2022: There will be no exam on Sallah day, council clarifies