Operatives of the Rivers Police Command on Tuesday, exhumed the decomposed body of a retired, Army Captain, Godfrey Zwallmark, who was abducted on September 18, 2021.

Rivers Commissioner of Police, Eboka Friday also paraded three suspects arrested in connection to the kidnap and killing of the retired Army Captain from Plateau State.

While briefing journalists at the scene of exhumation of the remains of the victim at the New layout, off Igbo-Etche road in Obio/Akpor Local Government area, CP Eboka said though the retired Army officer was kidnapped on 18th September 2021, the incident was not reported to the Police until a month later. 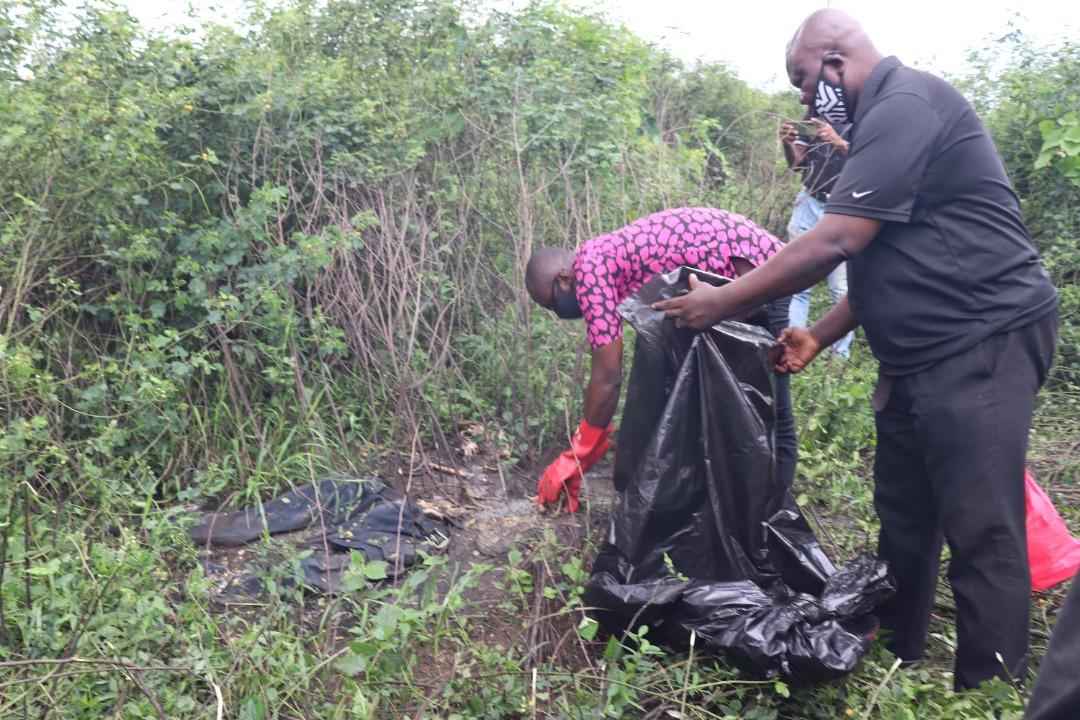 But he stated that as soon as the matter was reported, the Police swung into action and arrested three suspects namely; Frank Ishie,the gang leader, Iwuji Reginald,the second in command and Gomba Okparaji,who facilitated the kidnap of the victim.

The Police boss disclosed that the suspects had demanded N200 million ransom from the family of the retired Army Captain.

CP Eboka said “On September 18,2021 at about 1000hrs, Captain Godfrey Zwallamark (Rtd) was abducted by three armed men on a motor bike.

“However, in the course of investigation, Operatives of the FIB (IRT) led by CSP Ahmadu Adamu, acting on credible information arrested three suspects namely: 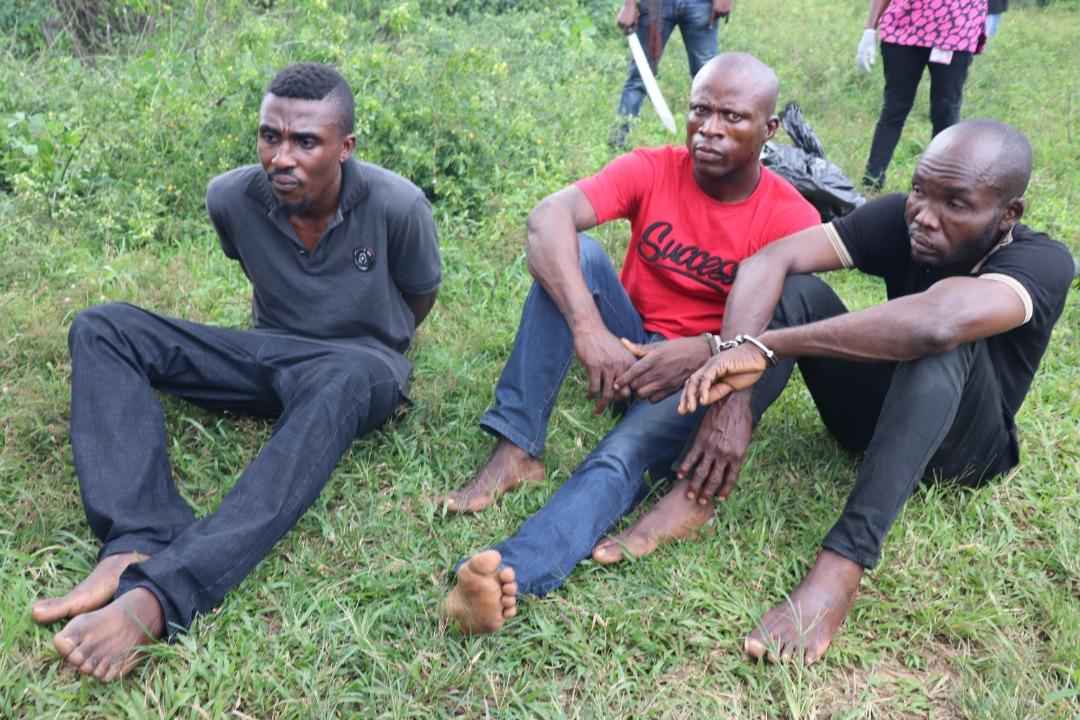 “Ishie confessed to have carried out four separate kidnap operations in Eleme and Igbo Etche Communities. He is also the person who shot the victim on the foot where he bled to death on the same day he was kidnapped.

“Iwuji Reginald 38 years from Ngugu Community in Ikeduru Local Government Area of Imo State. He is the second in command and the driver of the deadly criminal gang.

Also Gomba Okparaji, 34 years old from Agbonchia in Eleme Local Government Area of Rivers State is the gang member who, not only brought the job (kidnapping) but also lured the victim, where he was eventually taken hostage. 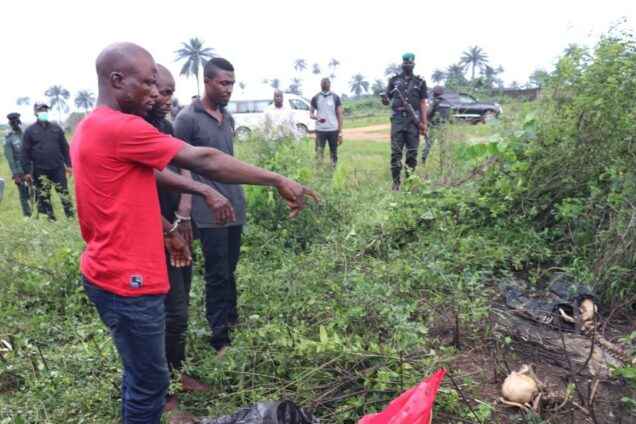 The Commissioner of Police recalled that when the victim was kidnapped, the kidnappers established contact with the victim’s family and demanded for N200 million as ransom.

“The victim’s phone which was used for negotiation was recovered from them, including; Two ATM cards belonging to the deceased.

“Investigation is still ongoing. Today we are here to exhume the remains of the victim for Autopsy and possible burial”.

Eboka assured although the victim is dead but his killers will face the Law and justice will be brought to bear in circumstance.

“What is important is that they have been arrested and will be dealt with according to Law as it would serve as deterrent to others. Criminals have short lifespan as their days are always numbered”,Eboka assured
In a chat with journalists,one of the suspects, Frank Ishie, confessed to the crime.

The suspect explained that the victim was kidnapped at Agbonchia in Eleme in Eleme local government area and because the victim was resisting being dragged to their hideout, they had to shoot him on the leg.

The suspect revealed that the victim later bled to death and they threw his body in a bush at the new layout off Igbo-Etche, road in Obio/Akpor Local Government area.

The suspects also confessed that he had carried out four successful kidnap and the victims where kept at their hideout in off Igbo-Etche road, Obio-Akpor before they collected ransom and released them.