Olanrewaju Saheed, the estranged partner of Nollywood actress, Ronke Odunsanya, has been declared wanted by a Magistrates Court in Lagos for repeatedly being absent during proceedings amid a paternity fraud controversy of their daughter, Fifehunmi.
Saheed, popularly known as Jago, had on February 10 requested a DNA test on their daughter to determine her paternity before the proceedings.

The court granted the request and ordered both parties to present themselves for sample collection, while Jago was asked to pay for the DNA test.

However, Jago who is a member of the National Union of Road Transport Workers (NURTW) in the state, had continued to be absent, thereby delaying the court process.

The enrolment of order reads, “Upon this cause, coming up before this, Honourable Court today the 15th day of December 2021.

“And pursuant to the Oral Application of the Applicant’s Counsel in the open Court made on the 15th December 2021.

“It is hereby ordered as follows: That this Honourable Court hereby ordered that the Respondent (Saheed Olarenwaju Aranmolate) whose whereabout (sic) is unknown and making it difficult to execute the order of Court be declared as a wanted person. Where ever he may be.”

The actress had been discreet about the recent happenings in her relationship and had deleted photos of her baby daddy on her Instagram page. 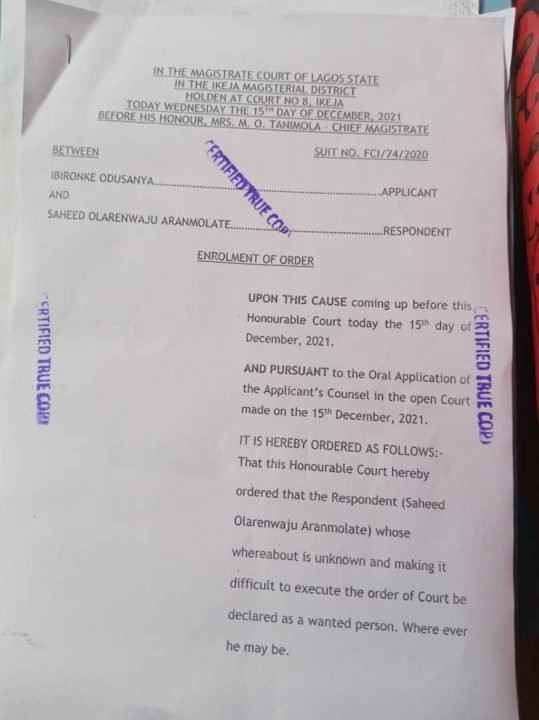 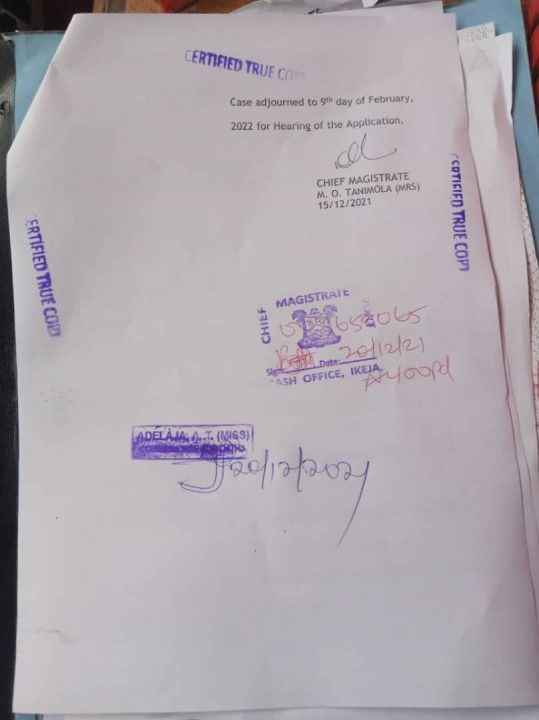 #JusticeforHanifa: Even The Devil Is Amazed At Human Wickedness – Victoria Inyama

“If Anything Happens To Me, Hold Ned Nwoko Responsible” – Jaruma Cries Out