Three notorious drug dealers have been apprehended by the Kano State Police command and a large quantity of illicit drugs have been recovered from them.
Spokesperson of the command, DSP Abdullahi Haruna Kiyawa, who disclosed this in a statement on Tuesday, December 21, said the suspects, Rabi’u Idris, Abdullahi Muhammad, Sanusi Sani, confessed to have purposely come to Kano from Katsina State for illicit drug business.

“On the 20/10/2021 at about 1000hrs, a report was received that, a group of Drug dealers are supplying Drugs and other intoxicating substances to some remnants of Thugs (‘Yan Daba) and other suspecting criminals within Kano Metropolis,” he stated. 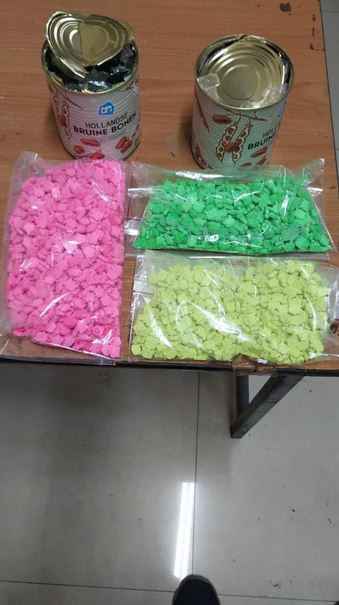 “The team swiftly swung in to action. Following sustained follow-up and credible information received, on the 20/12/2021 at about 1400hrs, one Rabi’u Idris, ‘m’, 22 years old, (2) Abdullahi Muhammad, m’, 20 years old, and (3) Sanusi Sani, ‘m’, 23 years old, all of Safana LGA, Katsina State were arrested in possession of large quantity of suspected illicit drugs which include; Tramadol Tablets, Exol Tablets and Diazapham Tabs. Money, Cash, sum of One Hundred and Fifty Thousand, Six Hundred Naira (N150,600:00) in denominations of N50s, N500s and N1000s proceeds from the sale of the illicit drugs were recovered from them

On preliminary investigation, the suspects confessed to being drug dealers. And that they used to supply the drugs from Onitsha, transport and sell it in Kano State. They further confessed to have purposely came to Kano from Katsina State for illicit drugs business. 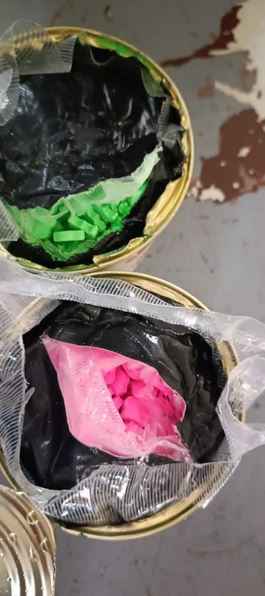 “The Commissioner of Police ordered for discreet investigation. He further warns that, criminals will have no hiding place in Kano State. They are advice to either repent or leave the State completely. Otherwise, they will be arrested and face the full wrath of the Law. He thanked the good people of Kano State for their prayers, encouragement, continuous support and cooperation.

The CP urged residents continue to pray for the State, the Nation and report incidences at  the nearest Police Station and not take laws into their hands.

“Rigorous patrol and raids of criminal hideouts and black spots will continue throughout the State, as the Command will sustain the ongoing “Operation Puff Adder”

I Want To Have a Big Family For Wizkid – Manager, Jada Pollock