The family of late Sylvester Oromoni Jnr, the 12-year-old student of Dowen College, Lagos State, who was allegedly tortured by some senior students of the school for refusing to be initiated into a cult, has reacted to the bail granted by a Magistrate’s court in Yaba to the arrested suspects.

Speaking to journalists, the father of the deceased student, Sylvester Oromoni Snr, questioned the reason behind the bail granted when the initial 21 days requested by the police for investigation has not yet elapsed. 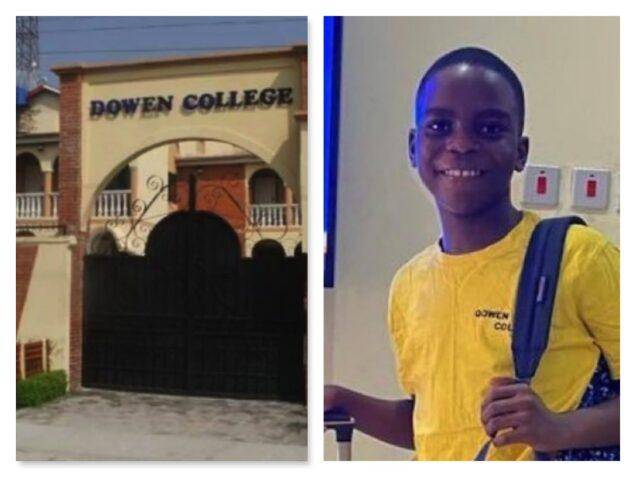 According to him, the same court had granted the police 21-days to keep the suspects in their custody pending when they will be done with their investigations, and it was meant to have elapsed on December 28, but he was shocked to read in the news that the suspects had been granted bail by the same judge who approved the remand order.

He explained that the police said they were not done with the investigation, and they were planning on requesting for a remand extension, but granting the suspects bail will impede the ongoing investigation, as they are getting more facts on the case.

The distraught father called on President Muhammadu Buhari, the Lagos State Government, and the Inspector General of Police to look into the matter so that justice can prevail.