Disgruntled graduates of Landmark University have accused the college management of witch-hunting after the school reportedly failed to submit their names to the National Youth Service Corps (NYSC) for mobilisation.

According to the students, the college management purposely failed to upload their names on the NYSC portal as punishment for not attending a programme that was held at the school a day after their convocation ceremony in November 2021. 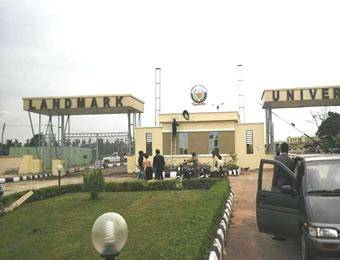 The students said a majority of them were unable to attend the programme because they were either not aware of it or had left the school premises after their convocation ceremony the previous day. They described the college’s decision as ”unfair” as the programme wasn’t mandatory.

They further explained that trouble started when they went for clearance but noticed that those who did not attend the program were not being attended to, and when they asked why, they were told by the senate that they were acting on the vice-chancellor’s orders. Three days later, they were eventually attended to and told that the VC had forgiven them.

However, they received the shock of their lives when they discovered that their names didn’t come out for NYSC and it was discovered that Landmark University graduates who are currently serving are those who attended the programme and marked their attendance at the end of the programme.