The Governing Council of the First Technical University, Ibadan has appointed Professor Adesola Ajayi as successor to the pioneer Vice-Chancellor, Professor Ayobami Salami.

The appointment follows the Council’s consideration of the recommendation of the Joint Council and Senate Selection Board at its Special Meeting held on Monday, 7th March 2022. The appointment is for a single term of five (5) years and will take effect from 9th May 2022. 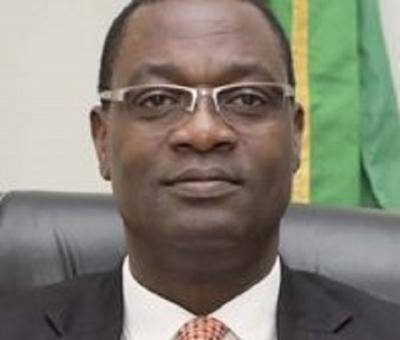 The institution had held its first convocation on Saturday.

Professor Ajayi emerged after a rigorous exercise in accordance with the university’s establishment laws. The vacancy for the position was announced in daily newspapers on 6th December 2021 and out of 14 Professors that applied for the position, eight were shortlisted and invited for interaction with the Joint Council-Senate Selection Board which met on Wednesday 2nd and Thursday, 3rd March 2022.

Professor Sola Ajayi, the newly appointed Vice-Chancellor is the current Deputy Vice-Chancellor of First Technical University. He is a Professor of Crop Science. He obtained B.Agric. in Plant Science (First Class Honours) with the best overall result in the Faculty of Agriculture, Obafemi Awolowo University, Ile-Ife in 1991. He also obtained from the same university the M.Phil. (Plant Science) degree with a specialization in Plant Breeding/Seed Production in 1997. He bagged the Doctor of Agricultural Science (Dr. sc. agr.) degree in Seed Biology from Christian Albrecht University, Kiel, Germany in 2003.

Professor Ajayi is an acknowledged research leader with extensive research and industry experience on seed systems, agricultural innovations and enterprise development, climate change impacts, value chain analysis, research management, and agricultural policy dialogue. He has over 70 journal articles, book chapters, conference, and research report publications and has attracted about 30 research and institutional development grants including grants for mentoring Early Career Researchers (ECRs). He has successfully supervised six Ph.D., 17 MSc/MPhil candidates, and several final year students’ projects. He has participated in several national, regional and continental agricultural policy dialogues and regularly facilitates national stakeholders’ meetings on the development of the seed sector, crop improvements, and increasing farmers’ income. A member of several professional bodies and associations, Professor Ajayi is a well-sought after scientist, consultant and resource person with over 28 years of wealth of experience. He has undertaken over 30 consulting assignments in the agricultural sector for several development organizations and agencies within and outside Nigeria. He was a member of the Seed Storage Committee, one of the Technical Committees of the International Seed Testing Association (ISTA, 2008-2012), once President of the DAAD Alumni Association of Nigeria. He currently serves as the Editor-in-Chief of the Nigerian Journal of Seed Science and Director of the Nigerian Hub of the Sustainable Futures Global Network of researchers, practitioners, and communities in Botswana, Eswatini, Malawi, Nigeria, Scotland, and Uganda. He has active and ongoing research collaborations with the University of Glasgow, Scotland, and Technical University, Munich, Germany. To date, he has participated in about 100 academic conferences/meetings within and outside Nigeria and made over 30 presentations at these meetings.

Professor Ajayi has held several cognate administrative positions in and outside the university system. He is currently the Chairman of the Governing Council of The Oke-Ogun Polytechnic, Saki as well as pioneer Deputy Vice-Chancellor (2018-date) and Pioneer Director of Academic Planning and Partnerships (2017-2018), First Technical University, Ibadan. At Obafemi Awolowo University, Ile-Ife, he was a Communication Officer, World Bank-funded Africa Centre of Excellence-Obafemi Awolowo University Knowledge Park (ACE OAK-PARK, 2015-2016); Chairman, University Security Committee (2014-2016); Director, Teaching, and Research Farm (2012-2016), Head of the Department of Crop Production and Protection (2006-2008). He represented ASUU, Congregation, and Senate in several University Committees at different times. He was a member of the TETFund Standing Committee on Research and Development (2015) and the Executive Committee of the Nigerian Baptist Convention (2016-2020).

Aged 53, Professor Ajayi who hails from Igbojaye in Itesiwaju Local Government Area of Oyo State is happily married to Ibiyemi Adeloyin Ajayi, and they are blessed with four children.

He takes over from Professor Ayobami Salami whose term as Pioneer Vice-Chancellor expires on 8th May, 2022.