ASUU: NANS resolve to raising funds for lecturers to call off strike

The National Association of Nigerian students has disclosed that they have been left with no choice but to raise funds for the Academic Staff Union of Universities (ASUU), in order to return the striking lecturers back to the classroom, since the federal government has failed to do the needful

According to the southwest coordinator of the association Comrade Tegbe Stephen, following the strike extension by another 12 weeks, the association has decided to save the education sector by embarking on a fundraiser. 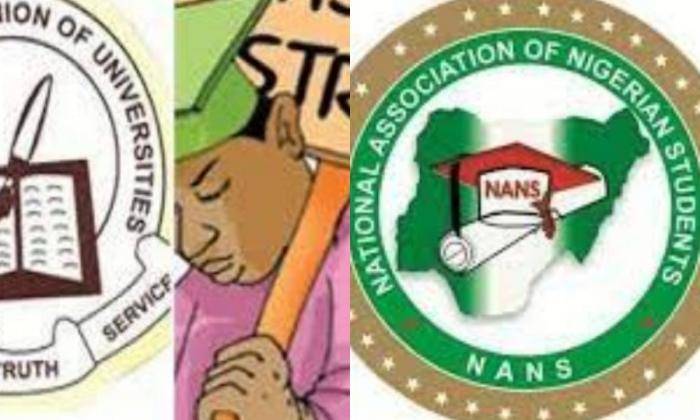 The student union leader who condemned the nonchalant attitude of the federal government and the ruling class said they should be ready to face the wrath of Nigerian students, especially in the Southwest part of the country.

Comrade Stephen further revealed that they were ever ready to carry out the order of the national body of the association, who have since instructed all the zones across the country to shut down federal roads for at least 3 hours daily in protest of the strike extension.