It was gathered that the container fell off a truck after the vehicle suffered brake failure on Wednesday night, May 11, crushing the two victims who were passing by.

Permanent Secretary of the Lagos State Emergency Management Agency, LASEMA, Dr. Olufemi Oke-Osanyintolu, who confirmed the incident in a statement on Thursday, said the male victim died on the spot while the female victim was rescued alive with severe injuries on the left leg.

“In an overnight operation, the Lagos State Emergency Management Agency, LASEMA, activated its Emergency Response Plan when an incident was reported via its toll-free number 112, at the wee hours of Wednesday night, 11th May, 2022, regarding an adult female and male who fell victim of a fallen 40ft container which left the male counterpart dead at the COSTAIN roundabout incident,” the statement read. 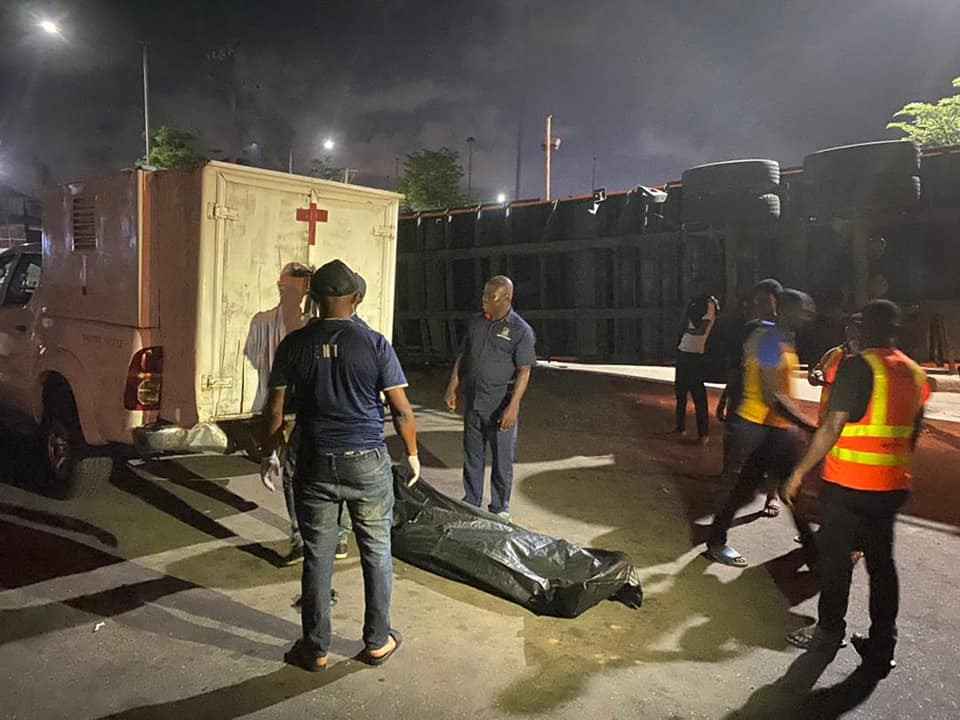 “Consequent upon the arrival of the Agency’s Response Team, it was discovered that an adult male and female were passing by when the incident involving the 40ft container on the articulated vehicle fell and crushed the adult male to death instantly, while the Agency’s Response Team extricated the adult female alive with severe injuries on the left leg and was immediately given pre-medical treatment by the Agency’s Paramedics before being taken to a nearby hospital for further medical attention

“Further enquiry at the scene revealed that the articulated truck laden with the 40ft container had suffered brake failure while enroute the COSTAIN roundabout and as a result, the container fell off the back of the truck

“The deceased adult male body was bagged and handed over to the State Environmental Health Monitoring Unit, SEHMU, for further action 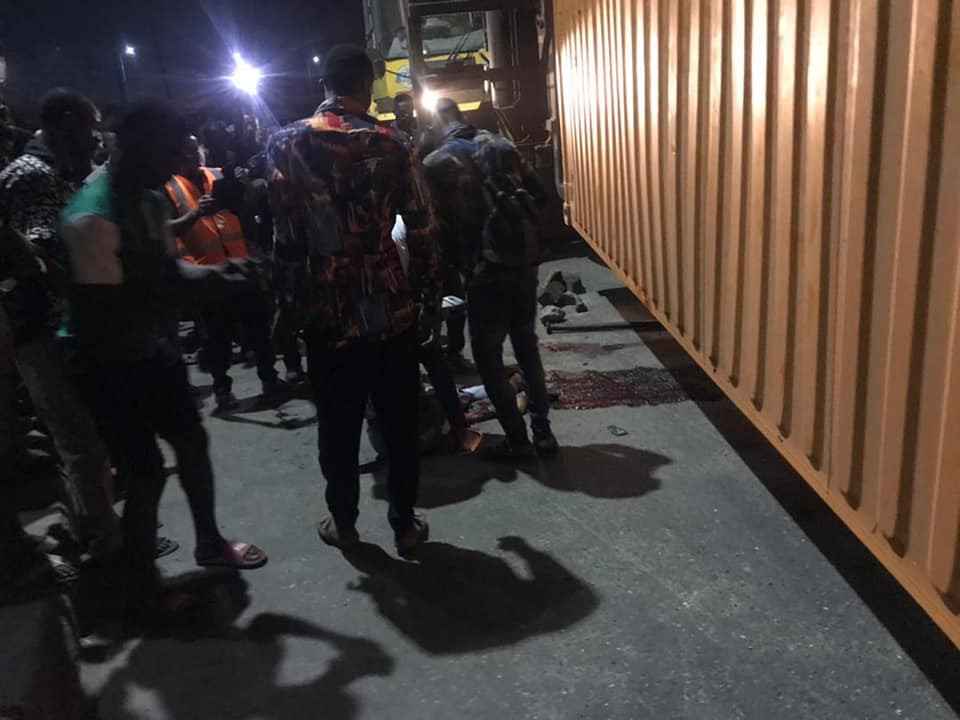 “The truck and its fallen container were recovered off the road with the aid of the Agency’s heavy-duty Forklift and placed on a lay-by before being handed over to Officers of the Nigerian Police at the incident scene.”

Other responders at the scene were the LASAMBUS and the Nigerian Police Force, he added. 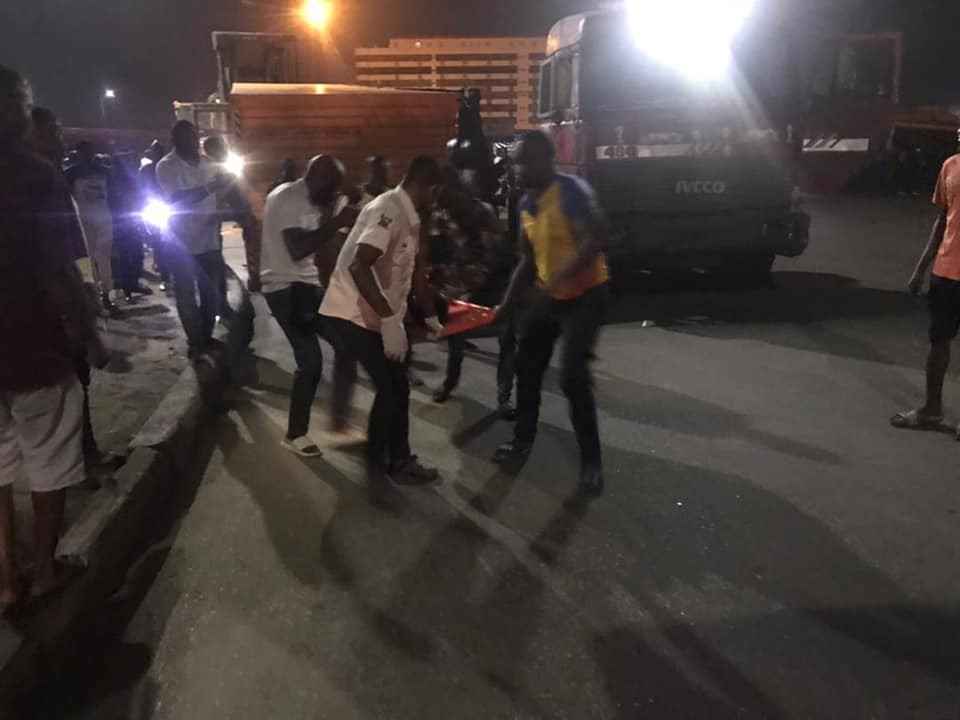 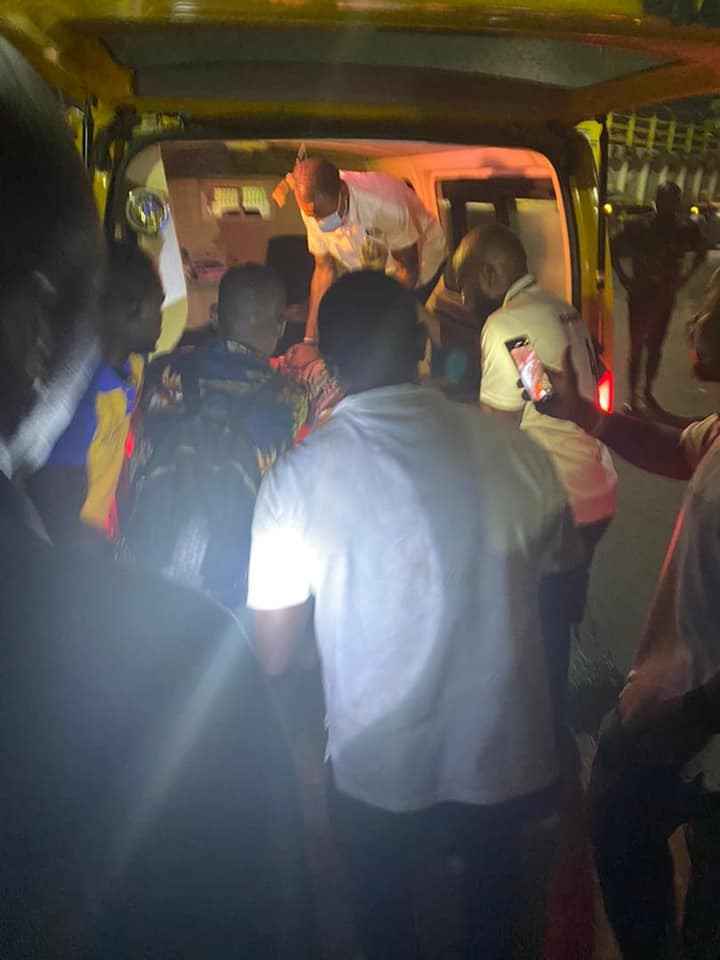 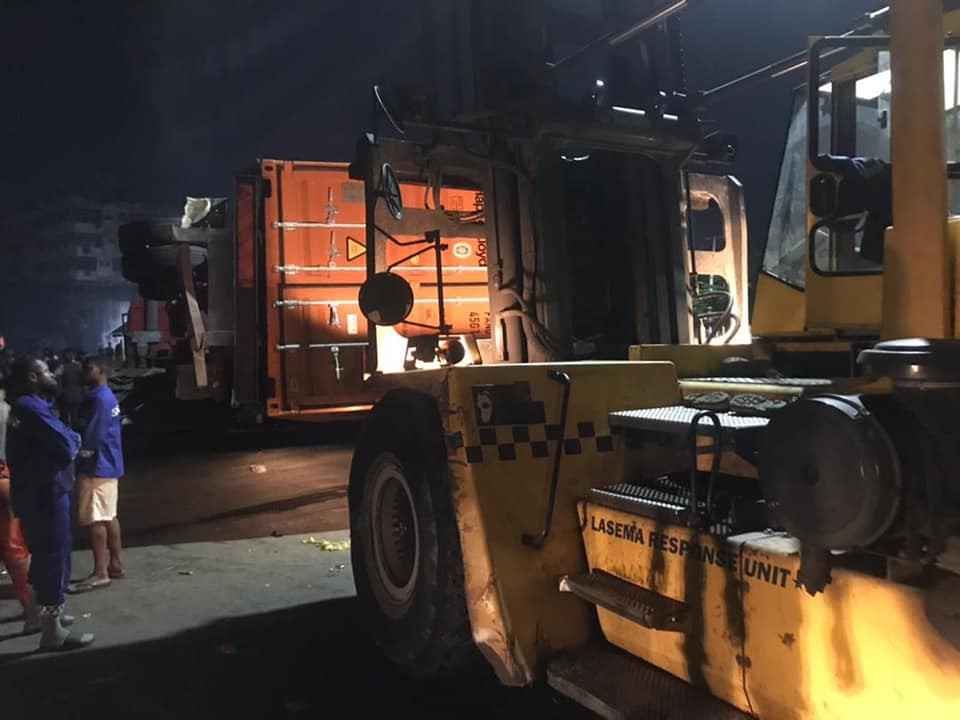