A student of Shehu Shagari College of Education was stoned and burned to death yesterday, 12th May over allegations of insulting Prophet Muhammad (SAW).

In a viral video posted online, some Muslim students were seen jubilating over the gruesome murder of the student, with one of them showcasing the matchstick that he used in igniting the fire. 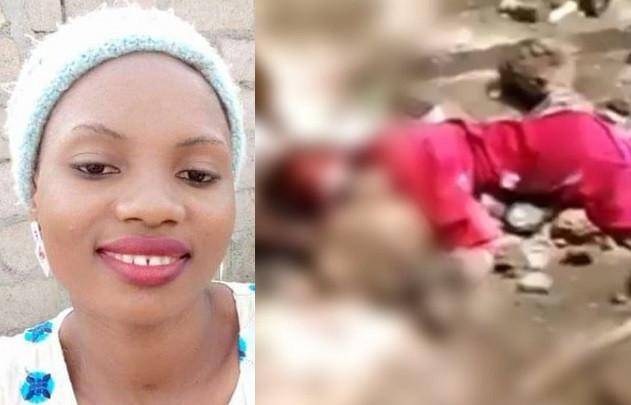 It is reported that the now-deceased student identified as Deborah Yakubu, posted a voice note in their department WhatsApp group, asking her colleagues to stop posting religious articles on the group as that wasn’t the purpose it was created. This apparently infuriated the Muslims in the group, who ganged up and had her stoned and burned to death.

In the video, one of the perpetrators was heard boasting about killing Deborah.

He said: “I killed her. I burnt her. You can see the matchbox I used in setting her ablaze here.”

The police revealed that Deborah was forcefully removed from the security room where she was hidden by the school authorities, and the building burned before the dastardly act.

While the government of Sokoto has ordered the immediate closure of the college, angry Nigerians have condemned the lynching of Deborah.